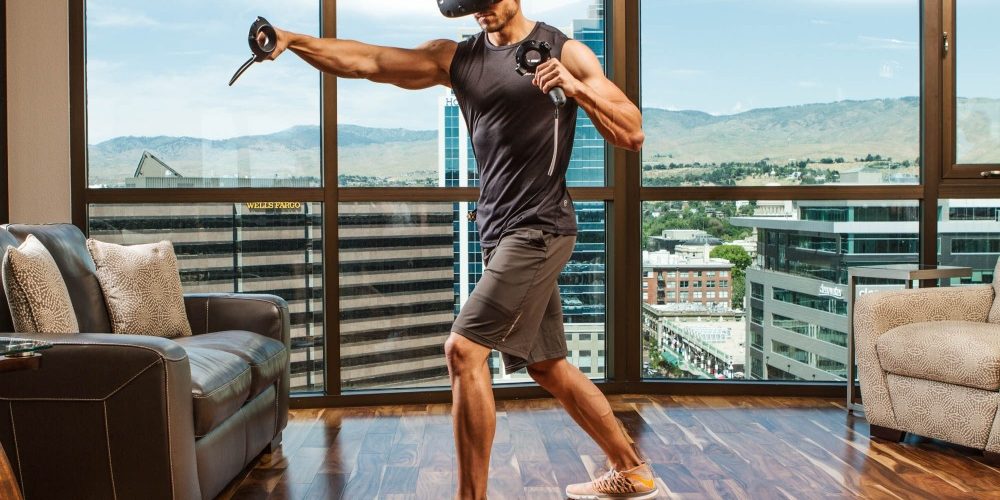 Have you got your VR setup ready and want to get your hands into action?

If you are, this is a special article for you.

The general assumption is that you have experienced the potential of VR, watched some cool 360-degree videos, played some casual games on your VR headset and are ready to get moving.

Good VR games can still be hard to find.

Many developers are getting into developing VR games.

Not all of the VR games that have been developed are top-class.

It will take some time for things to settle down and for the best developers of VR games to rise to the top.

Moreover, VR-related communities and forums are also not yet too focused on VR gaming.

Most of the communities you’ve probably visited are a general discussion platform for VR.

It is a wide-ranging subject and its subtopics deserve focused attention.

Nevertheless, there are several VR developers who have proven their skills in the VR gaming arena.

They have released several great VR games for the enjoyment of VR enthusiasts.

In this article, we will talk about some of the best VR fighting games that you can play.

Ranging from boxing tournaments to medieval sword fights and alien stomping, the entries in this list are some of the best VR fighting games that you can play in 2019.

Most of the VR games mentioned in this list are sword fighting games and boxing games with multiple difficulty levels and playing modes.

Also, these games require serious actions from the player, in order to deliver the best experience.

Getting into your workout shorts, clearing some playing space, and stretching out a bit, would be a great idea for breaking a sweat while playing these games.

We have compared the two most popular VR headsets (the Oculus Rift and HTC Vive)  in our other articles.

However, we never completely prefer one over the other.

Most of the VR games included in this list are available for both the Oculus Rift and the HTC Vive.

Therefore, most of our readers can enjoy these awesome VR games.

Blade & Sorcery is a beautiful and realistic medieval sword fighting simulator that will have you on your toes during the gameplay.

This fantasy sandbox game takes full advantage of the top-class tracking systems of the Oculus Rift and HTC Vive to translate every player movement accurately in the game.

The game has no preset moves. The players can fight as they want.

However, they must have the stamina to endure long gameplay sessions.

Blade & Sorcery has deployed a realistic physics engine that accurately tracks your movement and translates it in-game.

The combat system allows you to use melee and ranged weapons, along with magic element,s to fight your enemies.

The only limitation in this game is your creativity and fighting style.

GORN is a creative VR fighting game which allows you to get creative and viciously decapitate and kill fierce enemies.

The game’s selling point is its ridiculously violent nature and graphical intensity that will pump adrenaline in your brain, like no other game on this list.

The realistic physics of this game will aid you in executing your most violent fantasies in a VR fighting game.

Become a complete savage, as you hack and slash your way through an infinite variety of enemies.

They have only one thing in common: all of them will be torn to pieces until you’re on your feet.

The best part about GORN is the large variety of weapons to choose from.

These options include maces, swords, nunchucks, bows, throwing knives, two-handed straight swords and hammers and even your own bare hands!

If you are a parent and looking for a great VR game for your kids, this might not be the best one for them.

Space Fist is an intense and violent space boxing game.

It will definitely keep you up at night if it hooks you up.

The game was originally released in 2017 and took some time to gain traction and popularity among VR enthusiasts.

However, it now has a serious fan base, of which, you will probably become a part of, once you try the game.

The name of this VR game suggests a sci-fi environment.

However, nothing is sci-fi in this game, except for the part where your opponents are aliens, who need to be reminded of who’s in control of the planet Earth.

The game features numerous opponents and multiple environments to keep you from getting bored.

Gladius is one of our favorite entries on this list because it lets us experience the intriguing and exciting ancient Rome’s gladiator matches.

The developers did some serious homework before creating this amazing VR experience, to enhance its immersion and gameplay experience.

You are a new gladiator who is practically a nobody in this world.

Therefore, you must choose your preferred weapons, train against different types of enemies and raise your public opinion.

You will finally get the chance to win your freedom and the favor of the public, by defeating the fiercest warriors and mighty creatures of ancient Rome.

Excited yet? You should be, trust me.

True Blades is another medieval sword fighting VR game that will give you the satisfaction of feeling like the hailed hero of entire villages in the beautiful game world.

The game puts players in a one square kilometer-island full of well-armored guards, orcs, goblins and several terrifying creatures.

Each type of enemy has a different fighting style and weapon of choice.

You will have to learn their patterns and come up with creative moves to defeat them.

The game also allows users to perform advanced moves, like parrying and counter-attacking.

Get ready to wage heroic battles against hordes of enemies throughout the beautiful island.

Every now and then, you will face legendary knights with impressive fighting skills.

This will make you think strategically to use your own moves and the environment to defeat these special enemies.

If you are like 1vs1 boxing games, such as Tekken or Street Fighters, you will definitely love VFR.

It is a favorite among fans of the boxing event, as well as mixed martial arts fans.

This game is not limited in any way.

The players are in full control in making moves and setting the pace of their own fighting style.

As mentioned before, the idea behind the creation of this game was to allow players to use hybrid MMA fighting styles in an ultra-immersive environment to experience what the UFC fighters face in real fights.

The reason why I recommend this game so strongly is that the game is a 1vs1 multiplayer and online multiplayer, as well as a single-player VR experience.

This means that you can play this game against AI bots when you’re alone, you can challenge a friend to a fight who also has the game in his VR headset and finally, if you are ready to take on the best of the best, you can match up with an opponent online and show off your fighting skills.

We have seen people do wonders in this game and we have no doubt that you will love this game if you are a boxing fan.

Deus Vult is another one of our favorites on this list. It is also my personal favorite.

The game has beautiful graphics and a true-to-life physics and character upgrade system.

It will make you play this game nonstop for hours, without getting tired.

Deus Vult puts real players in a multiplayer world, where players start fresh with basic skills and weapons and make their way to becoming the most skilled knights in the whole game world, wielding the most unforgiving weapons offered by developers.

You can form rivalries with real players online and challenge them to a 1vs1 best of five battle match to see who is the best among the two!

As you progress, you will unlock a wide range of weapons each of which, you can practice with and master, to be able to deal the most possible damage with that weapon.

When you are done slashing your enemies, you can take a breather and enjoy a nice chat or an intense trash-talking experience at the tavern.

Remember, the tavern is neutral ground!

The goals of Sword Master VR is to become the master of the blade.

You must endure an intense fight, even when facing ridiculous odds.

The game is best enjoyed when played in a room-scale setup, where you can easily duck, dodge, shuffle, swing and deflect oncoming attacks, without smashing into real objects in your environment.

The realistic physics engine and the beautiful graphics and medieval environment of the game will hook you in before your first battle ends.

The Fastest Fist a game that could actually be a viable tool for your boxing workout sessions.

The VR game is a detailed training room, where you can practice different boxing styles at different speeds to either enjoy and release some of the frustration of an exhausting day or hone your fighting skills in the real world when you don’t have a trainer with you on spot.

A trainer with boxing training pads on will raise his punching pads in front of you in different patterns and speeds.

They will wait for you to punch them down, to advance to the next move in the sequence.

Timing and directing your punches perfectly will gradually increase the speed of the pattern until you reach a point where your muscles automatically react to the trainer’s cues and you can’t go any faster.

After every few successful combos, the trainer will raise both of his punching pads which will trigger a super-combo window.

The goal of the super combo is to punch the pads as hard and fast as you can within the small time before the window closes and the trainer again starts raising the training pads in the pattern.

The VR game includes a scoring system that you can use to track the results of your training sessions.

Tales of Glory is another medieval sword fighting VR game.

However,  it is unique in its own way.

For starters, this epic VR sword battle game has an actual storyline, where you must rally your troops and lead intense battles against the enemy troops in order to claim your glory on multiple battlefields.

The game is best enjoyed when played in a room-scale setup.

Tales of Glory deploys a realistic physics engine and offers multiple battlefields, a wide range of weapons, horse riding and hours of gameplay.

Tales of Glory is one of the most ultra-immersive VR sword battle games in this list.

You should definitely try it.