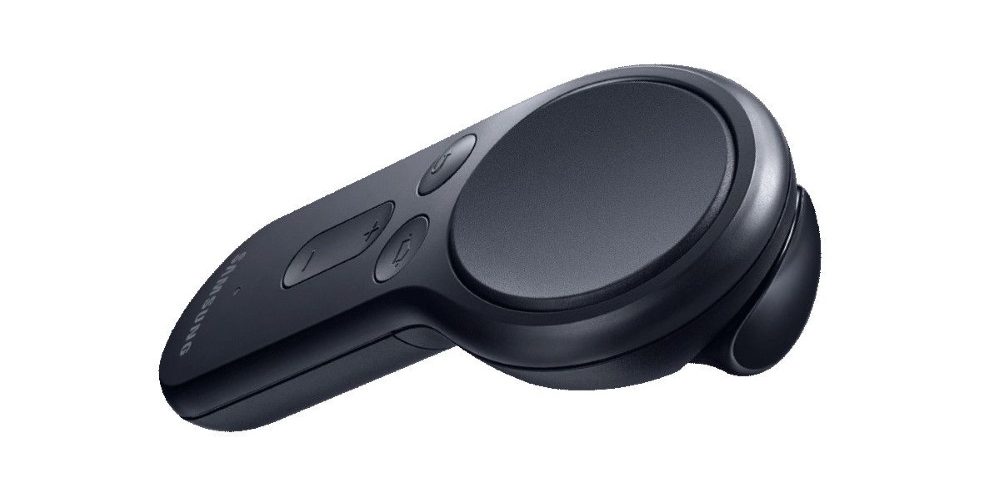 The Gear VR is the best thing that has happened to the tech industry, due to a healthy partnership between Samsung and Oculus.

The Gear VR owns the medal for being the first smartphone-based VR headset with controls built right inside the headset.

Everything that hits the markets always has some room for improvement.

A system’s success secret lies in paying attention to the market requirements and coming up with innovative designs with necessary modifications.

Samsung has been following a similar success formula, which has resulted in the popularity of its products.

Although Samsung and Oculus were the first to collaborate and introduce a phone-based VR headset to the market, the overall design had considerable room for improvement.

By paying attention to the user experience, the partners came up with a controller to make the VR experience even better.

Introducing a hand-held controller is a big leap for the VR experience.

The best thing about it is that it does not replace the in-built controls of the headset.

This ensures that the users who find the in-built controllers comfortable can continue to enjoy their VR experience, without having to purchase the newly introduced controller.

Enough of the boring talk. Let us step into some interesting stuff.

The following article will discuss the Gear VR controller.

The Design of the VR Controller

The Gear controller does not look very impressive. It is black and ugly.

Samsung should make an investment in improving the looks of its products.

Otherwise, the controller is comfortable to use, as it can easily fit into an average sized hand.

The shape of the controller is like a beard-shaver.

It is round and flat at the head, continuing into a slimmer base.

The head houses a round, clickable tracking pad with Back and Home buttons sitting side by side, just below it.

The narrow handle- like base has a strip-like button for volume control.

On the underside of the controller, there is a trigger.

The physical experience of using the controller isn’t very impressive.

The trackpad feels mushy. It feels like many different buttons underlie the cover button.

However, it looks like considerable thought has been put into developing a controller with buttons that feel similar to built-in control buttons.

The controller is comfortable to use and the trigger lying underneath it, places it a step ahead of the Google Daydream.

This is comforting for people who have problems following a recharging routine.

Samsung claims the controller provides a game-play time of 80 hours before the batteries would need to be replaced.

The controller is connected to the Gear VR through Bluetooth.

The controller comes with an elastic strap to hook it up to the headset when it is not in use.

This design solution may seem inelegant to some people.

The User Experience with the Gear Controller

If you are expecting a completely transformed VR experience with Gear controller, you will be slightly disappointed.

However, it makes the experience very comfortable.

The Gear headset’s built-in controllers forced the users to keep their hands raised to their side for long periods and the built-in control buttons were not very easy to trace.

The Gear controller has changed the game since it can be held and used comfortably.

This is good news for left-handed people since they now will not have to use the control panel with their off-hand.

With the VR controllers, the VR experience is even better, compared to the headset alone.

Shooting enemies within a game, selecting objects or dragging them across the screen, is now possible without moving the head with the Gear controllers.

The disadvantage of having two controls for a single system is that it can be a little confusing at times.

For example, if the controller is put down for a while, the system automatically switches to the built-in control panel.

The home button for some, carry out the same purpose that the trigger does for others.

Has the Controller Replaced the Gamepad?

Unfortunately, the answer is no.

The games which require a separate Bluetooth gamepad paired with the Gear VR would still need it.

The grapevine reports that there are a sizable number of games in development, which keep the VR controllers in mind.

There are very good chances steps would be taken to enable gamepad supporting games to become compatible with the Gear controllers.

Which Games Support the Gear Controller?

It is the same set of control buttons that are shifted to your hand from the headset.

You can still point, shoot and select objects in the game.

However, it can now be done more easily.

The only difference in the user experience is that the user can to do all of these actions, using their hands instead of having to stare at the objects through the VR headset.

In summary, the Gear VR controller is a positive and useful addition to the Gear VR.

It is comfortable to use, although the motion sensing capabilities still have some room for improvement.

After the release of the controller, it is being sold as a part of the complete Gear VR system.

However, users who have bought the Gear VR before the release of the controller can purchase it separately.