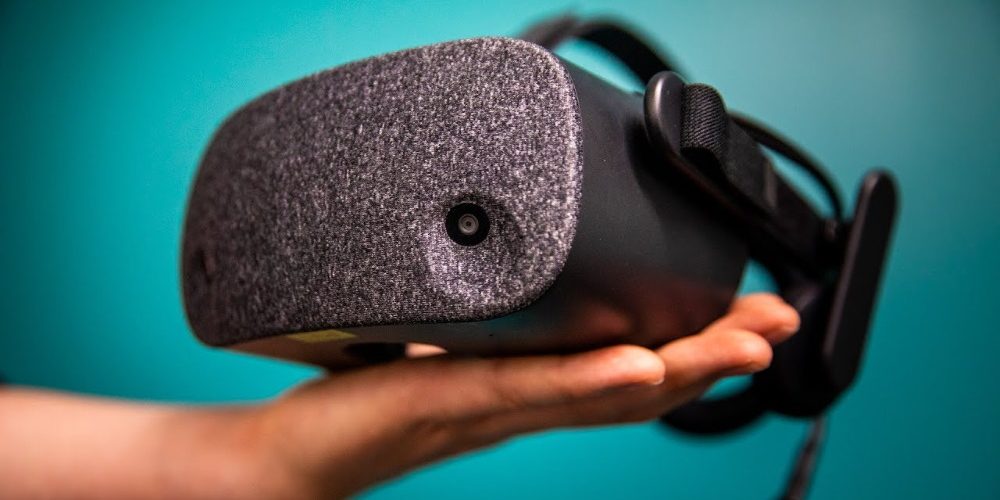 HP has hit the markets with its second VR headset.

This headset is like to provide some strong competition to its rivals, like HTC Vive Pro, Rift and Samsung Odyssey.

HP claims that this headset very different and more advanced than its predecessor.

This headset has been designed for the enterprise market.

However, it will also be available for consumers with a slight drop in price and fewer features.

HP Reverb is said to have twice the sharp resolution that many headsets in the market claim to have.

It is now the highest resolution headset.

We will explore and discuss each feature of the headset in detail to determine whether  HP’s claims are true.

What is HP Reverb VR Headset?

The HP VR headset has been designed with business in mind.

Although the Hp Reverb is primarily designed for the enterprise sector,  a consumer version will also be available.

The Reverb was originally supposed to be released in April.

However, May 6th has now been announced as the confirmed date for its release.

The Reverb’s will be available in both a Consumer Edition and Pro Edition.

These headsets have identical designs, with very similar specs.

The only difference is that the Pro Edition has some additional features.

Both the editions will have their own set of controllers.

The Consumer edition will cost $600 and will have a cloth-covered, machine washable face cushion.

The Pro edition has a price of $650 with a leather-style face cushion which will be easy to clean with sanitizing wipes.

This edition will also have an additional 0.6M cable that can be used with VR backpack PCs.

The Pro edition will also have a one-year warranty that will cover the headset in non-consumer settings.

The VR headset is the main component of the whole system that determines how ergonomically friendly it is.

Many users will be pleased that the HP Reverb headset has abandoned its previous halo strap design.

It has used much of the ‘original Rift-like’ design with an over-head strap, semi-rigid spring-loaded side straps, and compact built-in headphones.

Not everyone finds the built-in headphones comfortable.

With this in mind, the headset has been designed so that the headphones can be removed with a flat-head screwdriver.

There is a 3.5 mm cable dangling from the back of the headset.

This enables users to connect their own third-party headphones.

There is a plastic circle and a dial at the back of the headset to make adjustments.

It is important to discuss the correct way of mounting a headset.

Many users do not know how to do this properly.

Therefore, they miss out on the comfort.

When mounting the headset, adjust it to find the spot where the ring grips the crown of your head.

You should then adjust the strap, so that the headset is hanging on your head, rather than being fixed on your face like a vice.

The side straps should be left loose until they compromise the stability.

There are built-in vents at the sides of the headset to reduce the heat and sweat.

The HP Reverb headset claims to have dual mics with ‘smart assistant’ for convenient communication while collaborating.

It also comes with Integrated Bluetooth which allows for seamless syncing and superb controller tracking.

The HP Reverb headset is supposed to be very lightweight.

HP claims that it weighs 500 grams (1.1 pounds) without the cable, which is slightly more than the Rift and Vive at ~470 grams.

HP has made a considerable effort to develop a VR headset with an improved display.

The Reverb has Fresnel lenses which means which are susceptible to god rays and provide a larger field of view and a sweet spot.

HP has replaced the symmetrical round lenses with asymmetrical rectangular lenses that are round at the edges.

Although the company claims that the FOV is 114 degrees, it doesn’t feel much different than the Rift, Vive or PSVR.

The company has also worked on adjusting the sweet spot.

The previous headset design had a small sweet spot, which got fuzzy at the edges.

With HP Reverb, the sweet spot has been enlarged by introducing the head strap.

This improves clarity, so the users can see the resolution better.

This increases the total number of pixels 2.25 times.

At the refresh rate of 90 Hz and with the same field of view, Reverb is more pixel-dense, which promises to boost text and image sharpness.

To better understand Reverb’s resolution,  it is useful to compare it to a few other VR headsets.

The first generation of consumer headsets, like Rift and Vive, use 1080 x 1200 displays per eye.

This makes the Reverb 3.6 times more pixel-rich than those headsets.

Another factor that distinguishes Reverb from its contemporaries, is that it uses an LCD display instead of the OLED display.

This also means that there is a less screen-door effect.

Reverb will definitely have the highest resolution VR headset in the market,  surpassing Vive Pro and Samsung Odyssey which only have a pair of 1440 x 1600 displays.

Unfortunately, the HP Reverb does not come with hardware adjustments for interpupillary distance.

The nominal setting is 63mm, while the software adjustments range from 55mm to 71mm.

Another missing feature in the Reverb headset is the flip-up visor functionality, which was present in the previous headset and was very convenient for many people.

Like almost all Windows VR headsets, the HP Reverb also comes with inside-out tracking through onboard cameras.

The cameras track the position of the headset, by evaluating the environment around it.

The movement of the controllers is accessed, by tracking its LED lights.

The tracking performance is good but gets annoying at times, when the user’s hands exit the field of view of the headset and the cameras fail to trace the position of the controllers.

Reverb uses the same Windows mixed reality controllers, as used by most of the Windows VR headsets.

These controllers come with a trackpad and a thumbstick.

They look like a blend of the Oculus touch and the Vive controllers.

The handle houses a menu and start button, as well as a grip button.

The large circular paths on the front have a number of LEDs that are used by the onboard cameras on the headset for tracking the movement of the controllers.

The overall design of the controllers is not very impressive.

The trackpad and thumbstick are not ideally positioned for the thumb, and the grip button is more of a binary button rather than being pressure sensitive.

The controllers feel huge in the user’s hands.

As a result, they often end up bumping them against each other.

Inside-out tracking is often useful since it doesn’t require setting up external trackers.

However, it has its drawbacks, which include ‘momentarily-loss,’ if the controllers exit the field of view of the tracking cameras.

The Reverb uses DisplayPort 1.3 and USB 3.0, and also includes integrated Bluetooth which means that the host PC doesn’t need its own Bluetooth connection.

The HP Reverb headset is compatible for use with Windows 10 Mixed Reality and SteamVR ecosystems.

This means that there is a lot of existing, interesting VR content that is available on the Reverb headset.

The User Experience with the HP Reverb

From the comfort point of view, the HP Reverb headset is definitely a winner.

It feels light and comfortable.

The headset, however, might be a little tight for people who have larger heads or noses.

The headphone positioning is also a little shaky, since a slight way-out on the adjustment may land the headphones in a position that might not be centered on the ears.

The nose-gap is pretty small.

Many users will have to let go of the nose-casket, which is intended to block light, in order to make the wearing of the headset comfortable.

Another issue with the headset is that it misses the IPD adjustment.

This might be a little annoying for users who have used headsets with IPD adjustments.

It helps in finding the sweet spot.

Reverb’s displays are very sharp and have dense pixels.

The screen door effect is impossible to notice and so is concentrating on a single pixel.

It has sharp and crisp textures, edges and text, thanks to its resolving power.

Even with such a great resolution, the displays suffer from a few issues.

There is a visible mura.

At a glance, it looks like a screen door effect but it appears to be due to inconsistency in color and brightness across the display.

This makes the screen look cloudy or unclean.

Another visual artifact is a considerable amount of chromatic aberration outside the lens’s sweet spot.

This means the lens fails to focus all colors at the same point.

One of the reasons for this is that the refractive index of the length’s element varies with the wavelength of the light.

A subtle amount of pupil swim has also been noticed.

Although it is subtle, it can be noticed easily.

Pupil swim in VR means distortion of the display with the movement of the head.

HP claims to have significantly reduced both of the issues through software corrections.

Hopefully, these issues will be completely eradicated, with better lens profiles in upcoming Reverb headsets.

The display is free of any type of black smear.

However, it suffers from red smear, which is unknown and unusual.

A red smear is similar to black smear, which occurs when the black color bleeds into brighter or lighter colors, with the movement of the head.

In a nutshell, the HP Reverb VR headset is a good choice from the hardware point of view, as long as it fits your head and nose perfectly.

The resolutions are excellent but the headset suffers from the common setbacks associated with all Windows VR headsets.

The controllers and motion tracking need to be perked up.

The controllers are far from what the competitors are bringing into the market.

Since HP has targeted the business aspect for the designing of Reverb, it should not be left out.

When tried with the architecture interior design video, the display looked crisp and showed even the tiny details, like the texture, color, and gradient of the wood.

Similarly, a medical training video was able to achieve its purpose, since all the tiny details, like fresh blood oozing out of the veins, were very clearly visible.

The texts are very clear with the Reverb headset.

This makes it an excellent choice for training videos that come with instructions to be read and followed.

The increased field of view is very helpful when playing certain games since it reduces distraction.