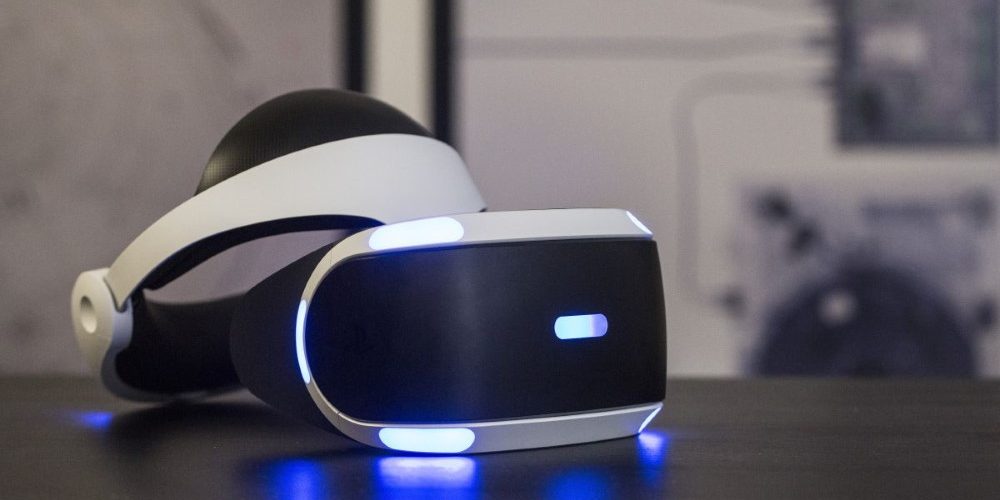 Regardless of whether or not you are a tech-junkie, with the way virtual reality has made its mark in the technical market and at the pace it is advancing, it would be a wonder if you are unaware of what it is.

In simple terms, virtual reality is a technology that lets you enjoy an immersive world, while shutting you off from the real world.

Just imagine the bliss of being a part of your favorite game, or swimming in the deep waters of a faraway ocean without having to go through the hassles of travel, added expenses and above all without having to compromise the comfort of your own home.

Since the introduction of the first VR device, there have been many advancements in virtual.

The tough competition among the technology giants is a win-win for the consumers.

New versions with advanced features are regularly hitting the shelves.

This gives consumers a better experience every time.

The first type is a VR headset that must to be plugged into a system for you to enjoy the virtual world.

On the other hand, there are independent headset units that do not need a system in order to work.

With the popularity of virtual reality, you might be thinking of getting a VR set.

Since they come from the leading names in the industry, it is not possible to evaluate and rank one headset as better than the other.

Each VR headset comes with its own pros and cons. It is up to the consumer to choose the best one for them.

While some people may be willing to compromise on the display quality owing in exchange for a lower cost, others may not be willing to accept a lower performance of the headset.

Have you ever thought about how simple it would be, with no choices in the market?

You would not need to worry about comparing the specifications of different headsets.

We understand how difficult it must be for someone who wants to get the best bargain, but does not know much about different available headsets.

We will help you by discussing the important features of the two most popular headsets in the market and will provide our recommendations.

By reading this blog you will have a clear understanding of what is best for you.

Since PSVR and Oculus Rift work in the same way, it makes the comparison more interesting.

Both headsets come with a display unit that sits on the user’s head.

The headset has a set of tiny tracking lights, which are picked up by the camera that is set in the front of the user.

The camera tracks the movement of the tracking lights.

The display inside the headset is adjusted, based on those movements.

The setup lets the user enjoy a 360-degree world through the pair of lenses of the headset.

The image appearing on the display screen is wrapped so that it makes everything feel real.

The Design, Style and Comfort

Neither of the two headsets are visually appealing.

Their designs look like they came out of a sci-fi movie.

They are both slightly ugly.

The design and comfort of a headset matter is important because you will be using it for a long period of time.

Oculus Rift uses an elastic strap, so you can pull the headset down and fasten it securely on your head with the help of the Velcro.

The headset does budge while you make movements. however, it is not very comfortable for long use either.

It also has narrow display ports.

As a result, if you wear glasses, you might feel cramped inside the headset.

PSVR has designed the most comfortable headset.

The best thing about the their design is that the display doesn’t touch your face.

It sits on your head and is secured by a halo-like strap which works as an anchor, shifting the weight at the front of the head.

Since the display doesn’t touch your skin, you can easily wear your prescription glasses without having to worry about the headset falling off or shifting due to your movements.

Rift has the advantage in terms of the weight of the headsets.

Another  advantage of the Rift, is the built-in headphones.

By contrast, PSVR comes with a headphone port.

This requires a slight compromise on comfort.

Both of these headsets have independent display screens.

Therefore, they do not need to have mobile phones attached inside the displays like earlier models.

A number of factors need to be taken into consideration, when you are choosing a VR headset for yourself.

Pixel resolution, refresh rate, panel design, size, and the field of view are the specs that have a marginal impact on the overall VR experience.

The PSVR has a higher refresh rate of 120 Hz, compared to 90 Hz for the Oculus.

It is worth mentioning that PSVR comes with a very interesting feature.

There is a separate box for handling the interface between the headset and PS4 console.

This can be connected to your TV with an HDMI cable for others to enjoy on the big screen, what you are seeing on the display screen of your headset.

This means that people won’t give you weird looks for your strange gestures and actions.

One of the major reasons for the increased sales of the PSVR, is that it just requires the PS4 in order to work.

PS4 is one of the most popular available gaming consoles.

As a result, many households already own one.

If you are among the lucky PS4 owners, all you need is to purchase is the PSVR headset and a camera for motion tracking.

It is likely that you may be able to get a bundle deal with both the headset and the camera at a reduced price.

Most people don’t normally have this type of system, unless they are die-hard gamers or are into graphics and programming.

If you are considering the purchase of an Oculus Rift due to the rave reviews about its display and graphics, keep in mind that everything good comes at a price.

A good PC compatible with the Oculus Rift will be very expensive.

Compatibility requirements for the Oculus Rift are:

It uses PSVR Move controllers, one for each hand.

The controllers are not expensive and usually come as part of a bundle, with the purchase of the PSVR.

The controller’s movements are tracked by the PSVR camera.

Some traditional games are even still compatible with the PSVR DualShock4 controllers that every PS4 owner has.

Oculus Rift uses its specially designed VR controllers. Although the controllers are not visually appealing, they are great to use.

It is amazing how the controls fall under the fingers naturally.

Since everything associated with the Oculus Rift seems to be expensive, these controllers also have a high price tag, which many people will find be too expensive for peripherals.

The Oculus Rift uses infrared light from the headset, which is different from the bright blue lights found on the PSVR headset.

The design of the Oculus Rift is subtle, since you cannot see any light coming from the headset.

This means that Oculus can perform equally well in a well-lit and bright environment.

PSVR, on the other hand, uses blue lights for its motion tracking.

Therefore, it cannot perform well in a bright and well-lit environment.

It requires constant recalibration, when the light in the environment changes.

People may find this annoying.

Both headsets are similar in terms of their game library.

The PSVR has an excellent game library , since the PS4 is a gaming console and that is what it is known for.

Sony is also working on converting some of its popular games into VR compatible versions.

Oculus does intend to compete in this area. It has a strong network of supporters behind it.

The PC development community and traditional console developers are teamed up to provide some great VR gaming experiences.

It may be surprising to know that games that run on both platforms don’t differ significantly in performance.

This is due to the cost difference of both systems. EVE:Valkyrie and Windlands are examples of games that look equally good on both the systems.

There are, however, games like Skyrim VR that justify Oculus Rift’s higher cost.

Oculus has an advantage since many mods can be incorporated to improve the gaming experience.

After discussing each aspect of both the headsets in detail, it is obvious that Oculus has sought to come up with a headset that is technologically superior to Sony’s PSVR.

PSVR is simple, comfortable, affordable and fun to use.

Oculus is classy and expensive.

Both platforms have many outstanding features.

PSVR has by far the most comfortable headset, while Oculus Rift provides an outclass VR experience.

Its Move controllers are worth mentioning due to their flawless performance and comfort in use.

The question is whether Oculus Rift is worth twice the price of PSVR?

In all honesty, it is not

Sony has done a commendable job with PSVR.

No matter how much we would like the PSVR Move controllers to be improved, the overall VR experience is equal in all the important categories with the Oculus Rift.

Cost is a major factor in a buyer’s decision making.

You need to spend $400 for the Oculus Rift headset and Controllers.

However, why would anyone spend that much, when an almost equal VR experience is available at a much lower price.

The biggest advantage that PSVR has, is that it works with a PS4 console which people already own.

Even if you do not own a PS4 console, you can buy one for $280 and for an additional $350 you can get a PSVR that includes PlayStation move controllers, a compatible camera and Skyrim VR.