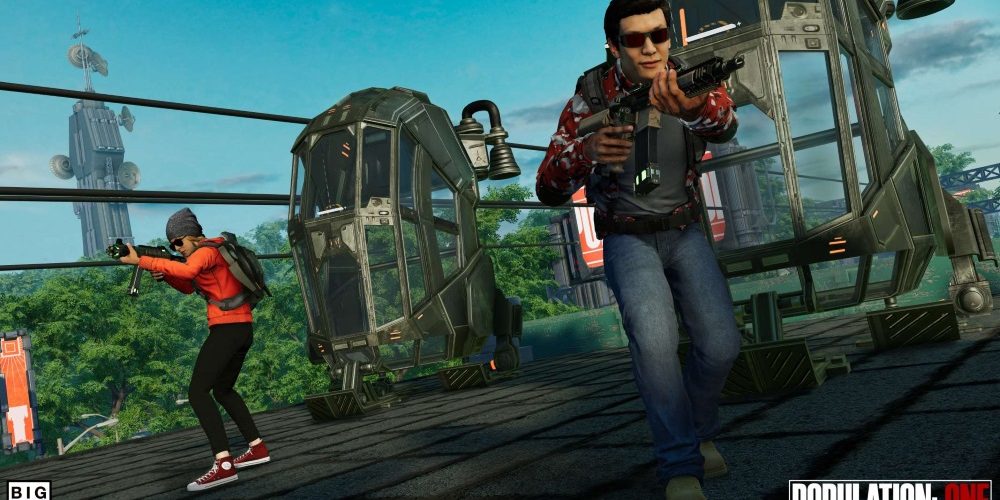 Even though the term “virtual reality” dates back to early 1960s, long before the digital revolution and the internet, it became extremely popular about 2 or so years ago.

The key here is that we’re actually talking about the virtual environment, not just the virtual reality itself.

Some hard-core gamers or technology enthusiast might remember the Sega VR device, which was released in 1993.

But the thing that hyped up the industry was the release of the Oculus Rift CV1 in 2016.

The “CV” in the name explains why this happened, as it stands for “Consumer Version”.

The company that started the Kickstarter campaign and raised well over $2.5 million in 2012 was bought off by Facebook 2 years later.

A giant in the industry, such as Facebook has resources and experience to successfully advertise and sell their products to the public.

That’s exactly what they did with Oculus Rift. Meanwhile, we’ve seen many companies join them, such as HTC, with their Vive device or even the PlayStation VR.

Following trends nowadays and grabbing opportunities that are out there present the path to success.

We’ve seen hundreds of games published by either firms or individual developers.

Some of them never caught the eye of the public, while others became massive hits such as Star Trek: Bridge Crew, Beat Saber or Space Pirate Trainer.

All these titles have something that backs up their success:

VR games obviously have limitations compared to PC, XBOX, or PC games, but it is something that is improving incredibly fast.

It might be inferior to other sorts of gaming, but judging by what we’ve seen recently, chances of this changing are incredibly high.

Why You Should Be Interested In Playing This Game

If you’re a regular, or even a casual gamer, you’ve probably played, or at least heard of both PUBG and Fortnite.

These are undoubtedly the two most popular games among gamers today.

The “Battle Royale” category began with DayZ and Arma III, both introducing this type of gaming to the public.

Then we saw games such as H1Z1, which managed to earn millions of dollars regardless of all the technical and performance issues it had in the beginning.

PUBG was dominant, had better graphics, game mechanics and was overall better-performing and more enjoyable game to play.

Fortnite came and swooped millions of players in no time, and can you guess what the was the key element of their success?

Compared to PUBG’s $30 price tag at the moment, Fortnite allowed everyone to download entirely for free, with an option to buy a $60 package which includes the single-player campaign.

Kids didn’t have to ask their parents to get the game and instead they could simply download it and try it out.

Besides that, it is less demanding when it comes to machine specifications.

And now, here we come to the main topic today, the Population: ONE.

Guys from BigBox simply decided to follow the trend and make a game that was inspired by the popularity and attraction battle royale games bring.

What helps a lot is that they aren’t newbies when it comes to VR game development, as they have a very successful release from 2016 titled “Smashbox Arena” already in their portfolio.

It had some elements of BR, but they’re going to a whole new level this time.

A great move by BigBox was not taking the money and making the game one-machine exclusive.

We believe that it would be a huge mistake and that the industry is still too young to experience such events.

You’ll get to play on devices such as Oculus Rift, HTC Vive and other Windows devices without trouble.

You’ll even be able to play against players who are gaming using different devices from yours.

We don’t know what the price will be, and we won’t make any assumptions, but knowing that Smashbox Arena currently costs 20 bucks on steam might give us some leads.

It’s expensive enough to get both the PC or PS4 along with compatible VR headsets.

As we mentioned before, comparing PC or PS games to VR products is still not fair, but judging by teasers and trailers for Population: ONE, we might start doing so sooner than we thought.

Besides the obvious difference in graphics quality, there’s a major limitation when it comes to the number of players competing on the map at the same time.

People from BigBox say that they are aiming for up to 24 players, with two available modes:

If you have played any BR games before you know that syncing hundreds of elements, events and players at the same time might cause some issues.

Just imagine how hard it is for developers to do all the work, especially when they have to worry about VR synchronization as well.

Do not expect it to match PUBG or Fortnite-like performance, but definitely look forward to something new and exciting.

Oculus claims that the GTX 970 is enough for minimum performance, but with new releases such as Population: ONE and higher requirements, that bar has moved up to at least 1050 Ti undoubtedly.

It is easy to watch walkthroughs of games on Youtube and make a decision on whether you want to get the game or not, but it’s not the same when it comes to Virtual Reality.

You can never fully experience the immersive world of VR unless you do so first-hand.

That being said, do not rush into upgrading your machine and getting the first VR headset you stumble upon, but find out if some of your friends have it, or if there’s a place nearby that allows you to try it out for at least a few minutes.

The odds are high that you’ll fall in love with it, as it’s something you’ve never seen before.