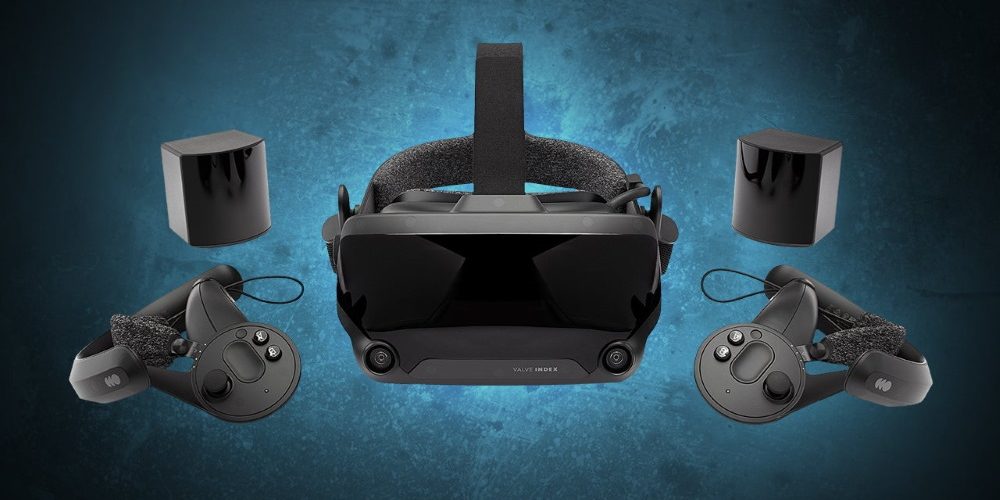 Since the first VR headset hit the market, there has been a tough competition among the companies producing VR headsets.

They all want to come up with a design that is different and better than others.

This healthy market competition has been beneficial for consumers since it provides them with variety.

Nearly a month ago, news began to circulate about the release of a VR headset by Valve.

This headset, called the Valve Index, will be Valve’s official entry ticket into the VR world.

The VR environment is not very new for Valve since it has worked with HTC on the production of the HTC Vive.

However, the Valve Index will be an independent venture by the Valve.

Expected Date of Release and Cost

Valve has started taking pre-orders for the Valve Index, which is due to be released in the middle of June.

The headset made a swift entry/exit drama at the Steam, which is a possible tactic for its introduction to the consumer market, before opening it up for pre-orders.

As already mentioned, the Valve Index is intended to compete with high-end VR headsets in the market.

This justifies its whopping $1000 price tag. Hold on!

This price is for the complete VR set, which includes the headset, the knuckle controllers and a pair of base stations.

You can also buy all the pieces separately.

This means that if you already own the HTC Vive or Oculus Rift, your existing set of controllers and base stations are compatible.

The Headset and Controllers: $749

Valve has focused more on raising the bar for VR fidelity and has not compromised on the quality of the product.

This is the reason for the high price.

According to Valve’s VR team, the fidelity of experience cannot be subjected to any one spec.

It relies on a number of very tiny details that all need to be addressed in order to achieve a high-fidelity VR experience.

Valve boasts that they have come up with a headset design that does everything right.

We will discuss each component of the complete headset and what  Valve has done to make its VR Headset game stronger than its competition.

Valve has successfully come up with a headset design with a modern and chic look.

The head strap is made of high-quality microbial cloth.

This headset comes with an additional over the head strap, which is very comfortable when playing for long periods of time.

One very handy feature of the Valve Index’s headset is that it comes with a removable face casket.

The casket is held in place with four magnets and can be easily removed.

This will make it easier to clean the headset.

You can even swap them out when someone else is using the headset.

Valve will be releasing specs for third-party developers to come up with innovative face casket ideas.

This will also enable the users to get customized caskets made to fit their faces.

The Valve Index headset has LCD displays instead of OLED, with a resolution of 1440 x 1600 per display.

Although the Vive Pro claims to have the same resolution as the Index, the latter is superior in terms of subpixels due to its LCD.

According to Valve, there are 50% more pixels in LCD compared to OLED, which boosts its apparent resolution.

The Valve claims to be the pioneer in introducing sub-pixel persistence in VR headsets.

In the VR world, developers must deal with the screen getting ‘blur’ with head movements.

This issue is addressed by lowering the pixel persistence as much as possible.

The persistence refers to the time for which a pixel stays lit.

In order to get the best screen output, the display must get bright quickly.

The index has come up with a display solution with a pixel illumination time of 0.33ms.

The Vive which is a strong competitor for Index stays has a considerably slower pixel illumination time of 1.85ms.

The Index also has display refresh rates that range from 90Hz to 144Hz.

Valve has improved the lenses as well as the display.

It is the first headset to introduce a dual element optic which helps to increase the field of view and the sweet spot.

To make the most out of the displays and lenses, the headset has been designed with two adjustments, including the Interpupillary distance (IPD) and eye relief.

Not everyone has the same distance between their eyes.

Valve has addressed this issue.

IPD lets you adjust the distance between the two lenses, in order to best align your eyes with the optical center.

The IPD ranges from 58mm to 70mm, which seems to cover the majority of users.

The eye relief lets you adjust the distance of the lenses from your eyes.

This allows optimal alignment with the sweet spot along the z-axis and maximum field of view.

The eye relief feature is present in Vive AND Vive Pro. However, Index claims that it allows the lenses to get closest to the eyes.

According to Valve, the lenses are also canted by five degrees.

This will increase the field of view by 20 degrees, compared to the Vive.

You will now be able to experience a FOV that can be expanded up to 130 degrees.

Another surprising feature on the headset are the two cameras present at the front.

These cameras are not designed for inside-out tracking.

The cameras apparently do not currently have a defined function.

The Valve said that these cameras are just there as a part of the headset.

They have been placed in the design for third-party developers to come up with innovative ideas for their use.

One of the simplest uses of these cameras can be pass-through tracking.

This will allow you to see the real world, without having to remove your headset.

This is a very different and mysterious feature of the Index’s headset.

It is a rectangular cavity at the top-front of the headset.

‘Frunk’ probably refers to the ‘front’ ‘trunk’. This cavity has a USB3 type-A port.

According to Valve, CAD will be released for interested developers to propose interesting ideas for using this cavity and USB port.

The audio is by far the most interesting feature of the Index’s headset.

It does not have headphones that cover your ears completely and tightly, which allow zero noise from the outside world to enter your ears.

This headset has “nearfield off-ear speakers”.

They are not actually headphones.

They are small speakers hanging down the headset near your ears.

This is said to ensure excellent sound quality with maximum comfort since bulky headphones can sometimes be uncomfortable.

This can also mean, however, that you cannot expect the experience with this headset to be completely immersive.

The Valve says the excellent sound quality is just the result of the hardware.

It has not done anything about the software behind it.

The headset also has an inlet for external headphones.

It is revealed by removing the face casket.

This will be helpful for people who want to enjoy a completely immersive VR experience or find the speakers uncomfortable.

These controllers make you feel in complete control of the game.

The Valve has come up with a brilliant design for the Valve Index controllers, previously known as the knuckle controllers.

These controllers have 84 sensors to track finger position, hand position, motion, and pressure.

This helps to detect the user’s intent.

You can grab objects with these controllers and even make hand signs.

They also let you drop objects, by just opening up your hands.

The controllers are strapped to your hands, which allows you to experience open-handed throwing within a game.

This is unique among all the other controllers in the market.

The team of developers has done an amazing job by using every sensor available to them.

They have used optical and motion sensors to track the velocity and trajectory of the throw, while capacitive and force sensors are used to determine the release point.

These features and the excellent algorithm and software give you an intuitive and natural-feeling throw.

The Valve Index base stations are perfectly compatible with 2.0 tracking capable hardware.

They have taken the top-notch VR tracking technology in the industry by storm.

It has introduced fixed lasers that rotate as fast as 100 rotations per second, in order to track the photonic sensors that are present on the controllers and the headset.

The fast rotation rate ensures that all of the postures and actions are being tracked.

The innovative single-rotor design has increased the range and field of view.

The Valve Index headset comes with two base stations which promise a 400% larger play space coverage,  compared to the previous generations.

If you want to cover a tricky spot in your room, get a third Base Station.

If you are still not satisfied with the coverage area, you can install the fourth one.

These base stations are flexible and easy to use.

What are Valve Index System Requirements?

Here is a list of minimum system requirements and recommendations for the Valve Index headset.

The Valve Index headset is a tethering experience.

It comes with a 5-meter-long cable, which is fed into the PC and the Valve’s laser-firing Lighthouse base stations.

These base stations track the headset.

This allows you to roam around a room of VR space.

Be prepared for a room full of cables running around it.

This may be a problem if you live with pets or babies.

The excellent and compatible content makes these improvements in fidelity worth the effort.

It is essential to have good content to back up these advancements.

The Valve team is still tight-lipped about the VR content for its headset.

It is hinting about the release of a flagship VR game during summer of 2019.

However, they have not shared the details.

Valve has a good history of keeping things a secret and surprising everyone at the last minute.

We will keep our fingers crossed and secretly wish for some great VR content to be released with the Index headset.

The Valve Index is a good addition to the VR world.

The company has made a concerted effort to come up with the best screen display with a variety of comfort options for users to choose from.

Their efforts have paid off. The display is crisp, smooth and blur-free.

The overall outlook is excellent.

The innovative design for the controllers and speakers gives users a superior experience to its market competitors.

Although it is relatively expensive, all these features make it a good investment.