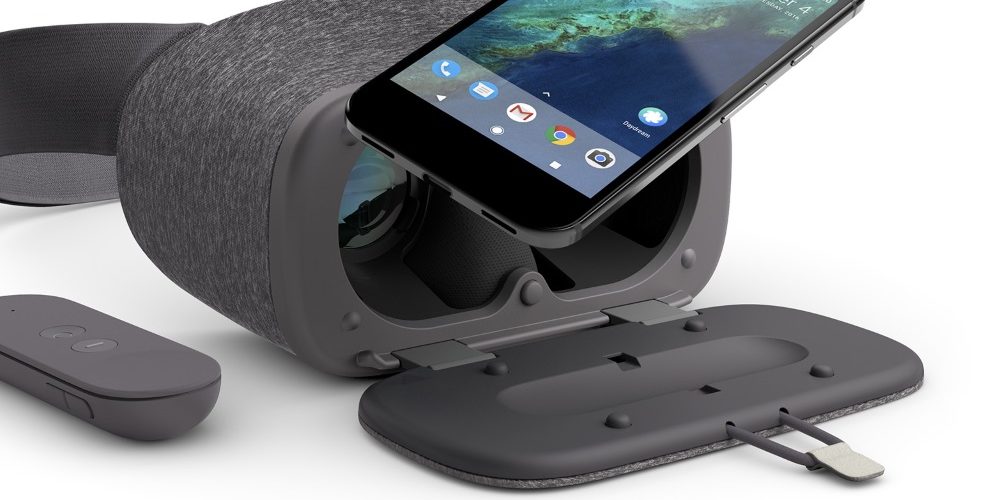 Daydream is the latest venture by Google in the VR world.

Google launched the Daydream view in 2016.

The Daydream view is a headset that lets you watch VR content, by placing a compatible mobile phone inside it.

With the launch of a standalone VR set in collaboration with Lenovo, Google took everyone by surprise.

The Daydream standalone set doesn’t need anything else to enjoy the VR experience.

You just grab the headset, put it on and enter the VR world.

The VR industry is growing rapidly.

However, there is still very limited quality content available.

The industry is still young and most of the content available is from Google.

It is expected since it is their platform.

Most Daydream apps are video or art-based. However, the focus of VR is currently more entertainment.

This article will describe some of the best Daydream compatible apps and games.

This will tell you what to download first when you get your Google Daydream.

This is a must-have if you want to experience VR content using Google Daydream.

It acts as a launcher for all the Daydream and VR apps.

It serves as a bridge between VR content and Daydream.

It also pairs up the daydream compatible mobile with your Daydream headset.

It is a prerequisite for watching VR with Daydream.

The app is not completely bug-free.

However, Google is always working hard to come up with upgrades.

You will get periodic app recommendations and you can also watch the content that is mirrored on the social screen.

This app is completely free.

However, other VR apps that it recommends may have price tags or in-app purchases.

Chrome and Firefox have been in competition for a long time.

As the name suggests, this specific version of Firefox for Google Daydream lets you experience browsing in a virtual reality world.

The user interface is 2D turned 3D style of a window that lets you interact with the environment.

It may be missing some key browsing features missing.

However, overall it is a great browsing experience.

The app is free.

Plex is a great option for watching videos.

If you have a movie or a video saved on your home computer and want to watch it on your mobile phone, Plex helps you to do it.

It turns your home computer into a server and allows you to watch videos on your mobile phone.

Plex VR does the same with the VR content and you can view it on your Daydream headset.

The app lets you move the screen around, in addition to zooming it.

However, this content can be shared with three devices, all of which will have synchronized audio and video.

This is a good option if you want to watch something with remote friends.

It even lets you chat with each other.

An interesting feature with this app is that it lets you interact with your theatre.

You can throw popcorn at the screen, honk in the driveway or even change a few things in your apartment.

Plex VR lets you watch 360-degree videos and photos that you already have.

However, it doesn’t change your 2D content into 3D.

The setup and features of the app are exactly the same as the non-VR version and are free.

There is an option for subscriptions and add-ons but at the user’s discretion.

YouTube is always the first choice when it comes to watching videos.

This includes tutorials, old television shows, movies or just about anything.

Since it is so popular, it would have been unfair, if a VR supportive version of YouTube hadn’t made to the industry by now.

Once you start watching the VR version of this app with Daydream, you can tell why YouTube never fails to amaze its users.

The app has a polished look, with its familiar interface appearing at the top of the screen.

It is more like a see-through, floating wall of options which are easy to navigate through with the Daydream controllers.

When searching for a particular video, typing is a struggle with the Daydream.

However, voice search can be used instead.

It also allows you to zoom-in or zoom-out to adjust the screen size, based on your preferences.

The VR version is similar to the non-VR version.

The app is totally free.

If you are looking for high-quality content that is simple with intuitive design and can be easily set up, Within VR is the best app for you.

Within, previously called Vrse, hosts an amazing collection of latest and professional 360 videos and VR content.

It includes everything from short documentaries to animated clips.

One of the annoying things with this app is the missing search option.

It is also not possible to get notified when any new content is added to the app library.

Wall Street Journal is famous for its world-class journalism.

With the WSJ VR app paired up with Google Daydream, you can step inside a virtual room and stay informed on breaking news, follow the markets with live market data visualization and enjoy an immersive experience with 360-degree video.

The app has successfully brought the VR experience to its users while being faithful to the quality of WSJ.

The app features new 360 degree interactive videos, which enable the user to interact with the environment and makes them feel like they are present inside the videos.

The app is free on Google Play store.

Instead, it puts you inside a closed cabin, from where you can watch videos undisturbed.

Netflix VR is free for download on the Play store.

However, you will need a Netflix subscription to watch movies and videos.

If you have always wanted to watch a live NBA game but have never gotten a chance to do so, NBA VR has just given you the opportunity.

The app lets you sit inside the lounge, with some of the big legends, and watch the live game.

The NBA has partnered with Next VR, which handles the live broadcast of the game.

Watching live games in VR is a novel experience.

You get to watch the game from different points and angles, which makes it more fun.

NBA VR is available for free.

Do you love to travel to new places?

The very idea of being able to walk down busy streets anywhere in the world and being able to see famous places is very thrilling.

Google Street View lets you do all this and much more.

If you are familiar with Google Earth, you will be able to witness everything but with a 360-degree immersion.

All you need is to launch the Street View app and put your Daydream headset on.

The good news is that all this fun is free.

Have you ever wanted to see what underwater life is like?

BBC Earth brings you Life in VR, which is a VR app with well-researched content.

It takes you to the coast of California and then into underwater life.

You get to dive deep into the sea and swim with the giants ruling the water world.

You can come face to face with creatures, like sea otters and sperm whales and experience life at a microscopic level.

You can enjoy this great VR experience, by downloading the app for free.

It is an accurate real-time simulation of planets and stars that are visible from Earth.

You can zoom in the planets of your choice and then make them navigate in an orbit around you.

It also features the famous 88 constellations.

The experience is very enthralling.

It lets you float in space and explore places that have never been reached.

his fantastic educational experience is available for as little as $5:00.

Are you an art and culture freak?

Do you enjoy looking at pieces of amazing art and cultural heritage that are world famous?

If you do, then Google Arts and Culture is the right app for you.

It puts the worlds of art, history, and travel at your fingertips.

Artwork, artifacts and much more from 850 museums and archives from around the world are available on this app.

The VR version lets you zoom in and take a closer look at things that interest you.

Interesting information related to the featured objects is also available.

The app lets you take a Selfie and compare your face with famous works of arts.

This is the fun part of the app and is available at the store for free.

Battle Planet is the simplest and most fun-filled game on the Daydream VR.

You become the savior of your planet and have to fight, by shooting away wave after wave of enemies.

This game is filled with strategic planning, as you must defuse bombs and dodge your enemies to save your life and the planet.

The game has several upgrade options to choose from.

You can select different weapons, depending on the strategy.

With an easy scoring scheme, random access to upgrades that makes the game customizable and a strategic approach that keeps you on the edge, Battle Planet VR is a game that keeps you coming back for more and more.

Unfortunately, this game is not free at the PlayStore.

Eclipse: Edge of Light is an exception.

It is a sci-fi adventure that promises to keep you engaged from start to finish.

The game starts with you being hit with a beam of light.

You will then you discover an artifact that will serve as your weapon.

It is more of a Star Trek touch adventure that makes you feel like you are inside of the game.

What if you are a bear and live with bears all around you?

Do you want to play a game that is beary cute?

Would you like to perform fun activities, like shearing the sheep, harvesting fruit and building a community where everyone needs you?

How about meeting quirky villagers and helping them out?

If you love the concept, Beartopia is just the right game for you.

Beartopia VR is a multiplayer game, that allows you to interact with your fellow players.

You can chat with each other and help each other to complete important projects.

The game is available at Google Play Store for $14.99.

Although the VR industry is still in the beginning stages, it has succeeded in bringing some great content to its users.

Google Daydream is an affordable, stylish and comfortable option for enjoying the immersive world of VR.