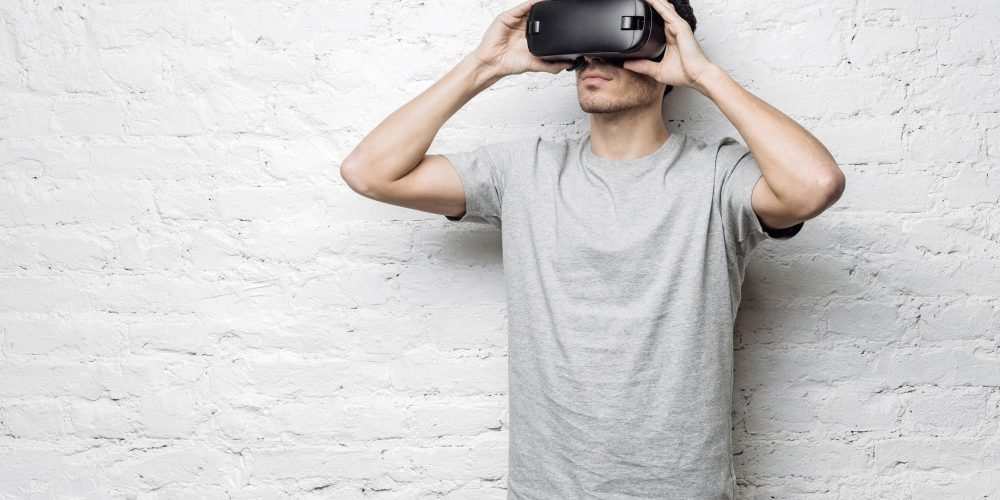 There are tips that will help you if you are playing Gear VR, and your phone overheats.

Gear VR can overheat, and it will shut everything down.

The best ways to get around this issue are described below.

Your phone should be charged before playing VR.

Your phone will heat up if you charge it while playing, especially with a quick charger.

Ensuring your battery is full first will alleviate any undue pressure on the device.

When you run multiple apps on your phone, it has to work harder.

Closing any extra applications will enable your phone to concentrate on one thing at a time.

This can be accomplished by pushing the button on your device, and swiping or selecting close for all unnecessary apps.

Do not attach the rear cover.

Although this may help in a bright room, it makes it harder for your phone to release the heat generated from your VR apps.

Leaving off the rear cover will enable your phone to breathe, and vent off the majority of the heat created.

How to Keep Gear VR Cool

Once the Oculus app has been opened, there are additional steps you can take to help prevent your device from overheating.

These steps will show you how to keep phone cool while using VR and help keep your phone working properly.

The Do Not Disturb mode should be on to prevent a lot of pop up notifications.

You will find this option in your settings menu.

Your battery will be drained faster if your screen is brighter.

Your Gear VR has a settings menu to adjust the brightness. This is a slide bar to both dim and brightens your screen.

If your phone is an older model, you may have issues with overheating despite these tips.

If this is occurring, consider purchasing an accessory to help solve the problem.

If you have already asked yourself how to keep Gear VR cool, the answer may be a cooling fan.

Not every Gear VR cooling system hooks directly into your fan, there are options that simply attach to the back of your phone.

This will help cool down your phone, and since it is not hooked in, you will not have to worry about condensation.

There are a few good cooling fans available, and most of them have a battery built in.

This battery does need to be charged separately from your phone. Since the fan clips on, you can adjust it for the best possible cooling.

It is important the fan syncs with whichever Gear VR model you have. Gear VR headsets have been tweaked and slightly changed over the years.

A fan made for a 2016 model will not work right with an Innovator Edition Gear VR.

Another Samsung Gear VR overheating fix is a desk fan, although this is not a lot better than a fan on your headset.

An oscillating or desktop fan can be placed facing towards you.

This fix is not ideal because there is a good chance you will end up turning away from the fan.

If there is no other option, this will at least help keep your phone cooler.

A smaller desk fan is easier to direct at your phone, is simpler to adjust before using your Gear VR, and is another solution to your Samsung VR overheating.

If you spin around in your chair, the fan will not be as effective.

If you are sitting still and watching a video or a movie, the fan will provide serious help.

You will probably require an electrical outlet to plug in the fan, so make sure you are close enough to the outlet.

This Samsung Gear VR overheating fix was created for when the Google Daydream View is overheating.

Even with the different headsets and phones, this Gear VR cooling system solution is similar for all of them.

Begin by cutting out a big piece of aluminum foil, approximately 30cm.

You need to fold it until it is roughly the same height as your phone. You then need to secure the aluminum foil to the back of your phone.

Electrical tape is best because it is easy to remove. Then tape the strip to your Gear VR headset.

Make certain some of the aluminum foil protrudes for the headset’s sides.

Do not put the back panel for your headset back on.

Buy a cooling gel pack for the freezer. This is placed between the Gear VR cover and the phone, or it can be taped directly to the Gear VR.

There are individuals claiming when the pack was at room temperature, it still cooled down the Gear VR.

The main issue is you must make sure you have a frozen ice pack each time you use your Gear VR.

The ice pack may need to become sludgy before you use your Gear VR, and the device will feel heavier.

If you are still wondering how to keep phone cool while using VR, you may want to consider taking a short break.

The recommendations of the experts state the longest period of time you should engage in virtual reality is twenty minutes.

Enjoy a little break, give your eyes a chance to relax, and then once you are ready, go right back to Gear VR.

This break additionally gives your phone a chance to cool down.

The Samsung Gear VR was developed by Samsung Electronics and is a mobile virtual reality headset.

Although Samsung manufactures the headset, it was developed in collaboration with Oculus, and released on November 27th of 2015.

A compatible Samsung Galaxy device is required to use the Gear VR.

The Samsung Galaxy Note 4 acts as the processor and display for the headset but was discontinued from the line for Gear VR.

The Gear VR unit functions as the controller and contains an IMU, or custom inertial measurement unit, and the field of view.

The IMU uses the micro-USB to connect to the phone and is used for rotational tracking.

The Gear VR additionally includes a back button located on the side, a touchpad and a proximity sensor.

This sensor is to detect when the headphones have been turned on. The announcement to the public of the Gear VR was on September 3rd of 2014.

This enabled the developers the necessary time to create the content for the Gear VR.

Technology and VR enthusiasts were able to gain earlier access to the VR technology.

The design of the Samsung Gear VR enables the device to work well with the flagship smartphones from Samsung.

There is a wheel to calibrate the device located on top of the headset. The trackpad is placed on the right side, and just above it is the back button.

The volume rockers enable the user to adjust the volume and are located on the right side as well.

Samsung had a lot of goals for the Gear VR concerning the hardware.

The wanted their headset to support Motion to Photon, or MTP, the kernel, and hardware fully optimized, and the latency to remain below 20 ms.

The Galaxy Note 4 was created with a QHD display so high-resolution rendering could be enabled in the headset.

The content necessary for the Samsung Gear VR is mainly downloaded at the main facility for Oculus Home.

This is also the main software distribution line for the Gear VR.

The consumer edition for the Samsung Gear VR was released in November of 2015.

Despite this fact, in January of 2005, Samsung obtained the patent for the Head Mounted Display or the HMD.

Samsung was one of the first to use the idea of a mobile phone as an HMD display.

The degree of performance and quality was limited at the time the patent was submitted, due to the mobile phone technology available during this period.

This was the reason HMD and VR continued to be researched by Samsung.

This was when an official team was formed by Samsung in the development of devices based on virtual reality capable of working well with a smartphone.

Numerous different prototypes were developed by this team, but the display and performance were not up to standards.

The unveiling of the Samsung Gear VR occurred during a press conference on September the 3rd of 2014.