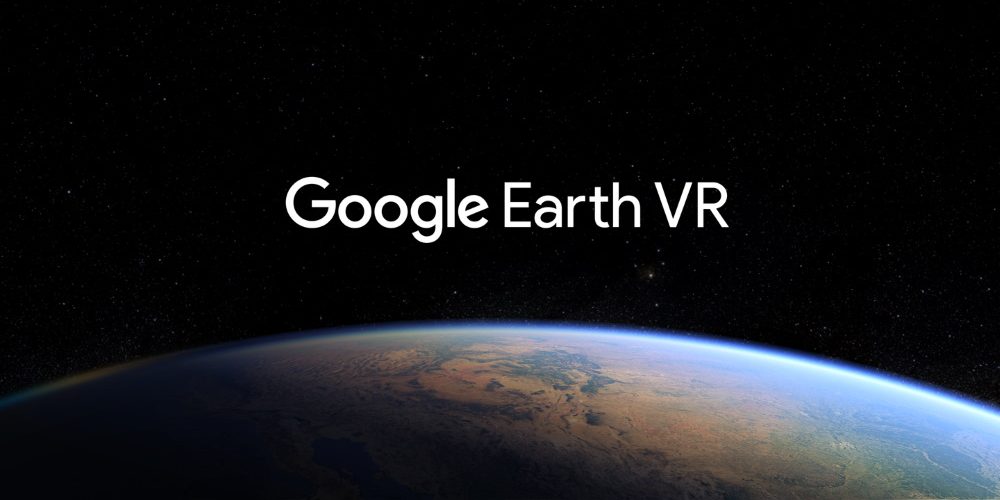 Since the introduction of virtual reality to the tech world, things have become truly amazing.

What was once possible only in dreams, has been turned into reality.

Ten years ago, Google Earth was introduced to users.

It was a two-dimensional display of the places around the earth.

It instantly gained popularity, as people enjoyed the new medium to explore the planet.

This popularity was demonstrated by the two billion downloads of Google Earth.

Google has continued to improve the exploring experience, by introducing Google Earth in Virtual reality.

Google Earth VR was initially available on HTC Vive only.

This resulted in a dramatic increase in the number of users.

As soon as Google Earth VR was released, it was a major market development.

Almost everyone became aware of the giant leap in the tech world.

Many people were skeptical of Google’s claims of the exhilarating exploring experience Google Earth VR promised and wanted to try it out for themselves.

This combined with the rave reviews Google Earth received from its users, made it an instant worldwide hit.

What is Google Earth VR?

Remember how unbelievable it sounded that you could select any location around the world and see its satellite images?

Many of us tried it for fun and it did turn out to be fabulous.

Google Earth VR lets you do the same things but the experience is much better.

Experiencing VR is amazing on its own.

Google Earth VR makes it even better, as it lets you fly around the places on Earth, walk on the ground, visit places and leave, whenever you feel are done being amazed.

After going through all of this information regarding Google Earth VR, you must be getting restless and want to try it for yourself.

All you need is to boot up your PC and get hold of your Vive or Rift; this is something not to be missed!

This guide has been specially put together to help everyone understand and improve their experiences with Google Earth VR.

Processor: Intel i5-6400 equivalent or better

Getting Started with Google Earth VR

The best thing about today’s new technology is that everything comes with a complete set of instructions.

The same is true with Google Earth VR.

As soon as you launch Google Earth VR, you will be taken a short tour to become familiar with it.

The tour will also provide guidance about buttons and touchpad assigned to perform specific functions.

This may vary between Rift and Oculus users.

One very positive thing about this complete experience is it provides users with several options to choose from (even for very minute details).

For example, you can click and drag the Earth beneath you, fly around the world to the destinations of your choice and even switch between a suspended view from space or walk on the ground and explore.

If you fail to spot a particular spot while flying in the vicinity, you can always use the built-in search feature to do so.

If there are any particular places you want to visit frequently or want to explore them on Google Earth VR later with someone else, you can reduce the hassle by saving those locations.

You just need to hold down the save button, select the starting point for your location and release the button.

All of your saved locations can be accessed through the main menu, under the save tab.

Many of us are clueless when we start using something new.

Google has shown that it understands this,  by selecting some amazing places to visit and placing them in featured places.

These featured places are 3D modeled, which ensures that there is optimal user experience.

Once you start getting the hang of the VR experience, you will be surprised at the number of places that you want to visit.

These tours take you to some of the Earth’s best attractions.

Although they offer an amazing experience, they have a few limitations.

You cannot explore the entire destination on your own.

You can only move your head and look around the places, while you are on the tour.

If you wish to exit the tour, you will have to start from the beginning the next time.

Exiting the tour, however, lets you explore the point of exit on your own.

This can be used as a little trick if you are curious and want to explore a few things on your own.

The good thing is that the users are free to choose from different options, based on their preferences.

By default, this feature is turned off in Google Earth VR.

As the name suggests, this increases the realism of the whole experience.

When turned off, there is a limitation of how close you can get to things.

When turned on, it lets you get right down to the ground, the dirt, the water in the ocean, the lava in the volcanos and the snow at the mountain peaks.

The comfort mode feature is turned on by default.

This feature narrows down the display.

It makes you feel like you are watching things from a tunnel.

Users might suffer from motion sickness while flying around, dragging the locations on the screen or rotating to see the 360-degree views.

The comfort mode helps to ease the motion sickness.

You can change the default settings anytime you feel the need while using Google Earth.

Google Earth initially did not have this feature.

The street view was later introduced.

It took the overall VR experience at Google Earth to the next level.

Before this feature was introduced, you could only fly down to places of your choice and explore destinations from above.

However, this feature has upped the game.

You can now drop down to the ground and enjoy street view imagery from 85 countries.

The content is constantly being added by the Street View team, as well as many enthusiastic contributors.

To enjoy the Street View feature, zoom down to the ground level at a destination.

If the controller says Street View is available, you can enjoy the views that are within a 360- degree photo.

A few choice spots have been added for the users to get a hang of the software.

The most popular locations include AT&T Park in San Francisco and Dubrovnik in Croatia, which would be familiar to Game of Thrones fans.

The Street View feature has been found to be very beneficial for people who wish to travel to new destinations.

They can explore the place before actually traveling there and take notes about their surroundings.

This feature can also be a lifesaver for solo and nervous travelers.

If you haven’t invested in HTC Vive or Oculus Rift for your PC, you can still enjoy the Street View experience through your mobile.

Just download the street view app for Daydream or Cardboard and enjoy it.

Explore Places at Your Favorite Time of the Day

With a great feature of Google Earth VR is that you can drag the Sun and Sky around and see the day and night visions of places (or just any time of the day).

You will be amazed at how different each place looks at a different time of day.

This can be very fun to experiment with.

Have you ever wondered what it must be like at the North Pole, where the Sun never sets?

Did you ever think about how Miami Beach looks at sunset?

You can put them down on your travel destination list. You no longer need a plane ticket to see them.

How about Some Music to up the Exploration Game?

Music is food to the soul.

In this age,  very few things are done without our favorite music being played in the background.

Thanks to advancements in technology, your favorite music is at your fingertips at all times.

Google Earth VR comes with its own background music and other sounds.

However, it is not yet capable of pairing destinations with matching music.

Google Earth’s sounds and soft music are usually the chirping of birds and relaxing sounds.

It is not exactly what you want to listen to, while you are on an excursion in South Asia or walking down the busy streets of Karachi.

You can solve this problem, by searching on YouTube for your choice of ‘sounds’ or music.

You will get hundreds of results for each search. Choose, download and play.

What if you are exploring the dense forests of Malaysia?

How about playing some jungle music to make the experience even more real?

Use Google Earth VR to Plan Ahead and Save Disappointment

How many times have you planned a trip to a nearby destination but were deeply disappointed because it was not like you thought it would be?

Before setting off to your planned destination, you can check out the spot at Google Earth.

This will give you an idea about the distance of the spot from your current location, the condition of the path leading to that place and how suitable it is for your plans.

Thinking out of the box, Google Earth shouldn’t be restricted to only exploring far-flung places or well-known destinations.

You can use it to explore your own city, in search of parks or certain areas you wish to go shopping.

You can explore the area and get information about the nearby attractions, restaurants or shopping places in the vicinity.

This can be very helpful when you want to get many things done in a short period of time.

This is perhaps the most common question that has been asked about Google Earth VR.

If you want to keep an eye on your house and the surrounding neighborhood through Google Earth VR, while you are enjoying the warm summers of Malaysia, you are in for a disappointment.

Many of the overhead and Street View images are years old.

No existing versions of Google Earth give you live coverage of any destination.

Google Earth VR is one of the best advancements in the tech world to date.

It is not possible for everyone to travel to see all the attractions of the world.

Google Earth VR has made it possible for the masses to explore and see even distant places, as close to reality as possible.

All you need is a PC setup, Vive or Rift and an internet connection with good speed.

These are your tickets to the amazing places around the world, right from the comfort of your very own home.