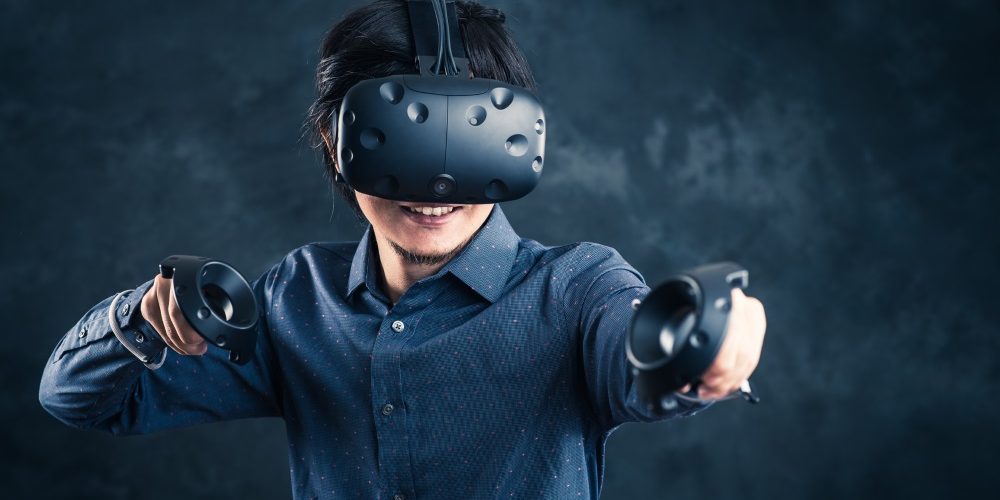 At some point in our life, we all have wanted to throw a punch.

After all, it’s said to be one of humanity’s most primal instincts.

And we have all occasionally watched boxing with great interest.

Some of us soon got tired of it, but some of us have watched it enough to make the activity a hobby.

Then we have boxing legends who have not only shaped the future of the sport, but, in some ways, also the world.

We love to quote legends like Muhammad Ali and Mike Tyson, and are jealous of the adrenaline rush that they likely experience as they drive a jab toward their opponent.

Almost everyone in today’s generation has seen, experienced, or been associated with the sport in some way.

And this is no surprise, because expressing our feelings by hurting other people is just what we can’t do.

Of course, most people won’t jump at the chance to join a boxing gym.

While it is nearly impossible for a lot of us to be in a real boxing match, what if you could do the next best thing?

What better way to enhance our experience by going inside a game, instead of watching it happen on a display screen?

For all you boxing lovers out there (and also for those who enjoy trying out new and different gaming experiences), here is a list of VR boxing games that should get you pretty close to the real feeling of being a boxer.

I will say that, by the end of 2018, Creed: Rise to Glory will be the most amazing boxing experience to be developed for virtual reality.

Set to release on this September 25th – about one week from now, Creed: Rise to Glory puts players in the gloves of Adonis Creed, a young and energetic aspiring boxer who is bent on building his legacy and proving that he is made of the stuff of champions.

Players will have to take a stand against the top boxers of the world on their journey to ultimate glory.

It is completely up to the players to choose their own style of movement and action in the fights.

Since the game is largely inspired by the blockbuster movie Creed, you will be receiving training from none other than the legend of this cinematic universe: Rocky Balboa.

Get ready to experience maximum adrenaline, as you will not only fight against boxers but will experience a dramatic turn of events which will sear the presence of this cinematic universe into your mind.

Thrill of the Fight

Thrill of the Fight is among the most realistic boxing simulators now available on the market. Is it a AAA blockbuster game?

Probably not. Is it a really good game with realistic physics and will actually make you work? Definitely.

The best feature of Thrill of the Fight is that there is a simple practice mode that provides you with a virtual sparring partner so that you can practice your moves on him; this will prepare you for the real competition, where you have to jab your way to the top of the boxing world in order to be the legend that everyone loves.

However, you will find it hard to stay interested in the game.

It’s not the game’s fault; ultra-realistic simulators get boring soon, for many.

You might enjoy playing it alone for some time, and then it may be a great source of fun for you and your friends, but after that, it probably will stay untouched.

No, that’s not a typo in this game’s title.

You should know that Drunkn Bar Fight is not one of the most serious and hardcore boxing simulators, but it is fun, regardless.

It isn’t extremely majestic, the graphics are about average, and the physics engine isn’t ultra-realistic, either.

But it still is a game that you will not only enjoy playing, but in which you won’t easily lose interest, either.

What makes Drunkn Bar Fight so amazing is that you are fighting real people in a bar.

We all have wanted to throw a punch at someone in a bar because either we were too drunk or the other person was.

Plus, you have fantasy elements like potions that will make you stronger for a certain period, giving you the power to throw people literally across the bar with your punches.

This game will provide a great platform for you to fight, with its perfect balance of realistic simulation and elements from a chaotic fantasy.

We have discussed options for drama, realistic simulation, and chaos; this entry in the list is actually meant to improve your boxing skills.

The Fastest Fist is developed to make you work hard, make you sweat, get you tired, and improve your punching performance as a reward.

The Fastest Fist costs just under $10.

People who would love to give their shoulders, fists, elbows, abs, and wings a proper workout through boxing will love this VR boxing simulator.

It may get repetitive and boring after playing for a long time, but remember, it wasn’t created to be fun, but for you to work your body.

Apart from an annoying feature that doesn’t let the game register your punch while you are rocking a super combo, this game is very well-designed.